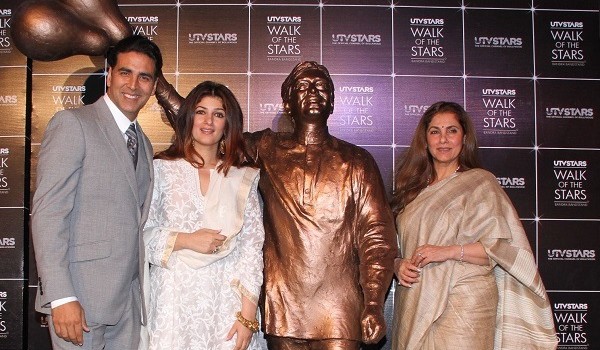 Regarded by his fans as Bollywood’s first superstar with several back-to-back silver jubilee hits to his name, legendary actor Rajesh Khanna died in July last year. But his memory will live on…

UTU Stars ‘Walk of the Stars’ is installing his statue at Bandra’s Bandstand promenade. Khanna’s brass statue – in which he is seen holding balloons in his right hand – shows him in one of this iconic poses from the 1971 hit Anand. The statue was unveiled by his wife Dimple Kapadia, daughter Twinkle Khanna and son-in-law Akshay Kumar over the weekend, on August 10, a little over a month after the actor’s first death anniversary. 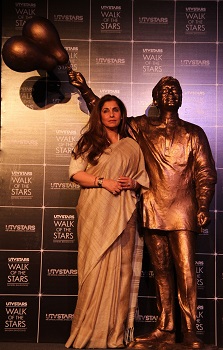 Estranged wife Dimple seemed visibly emotional at the unveiling and said, “He left us, and Indian cinema, with many wonderful memories and an unmatched legacy. The quintessential Hindi film hero with a magnetic personality, he won the love and adoration of millions in India and overseas. This statue by UTV Stars will continue his charismatic connect with his fans.”

The statue will be installed at a later date at the Bandra Bandstand promenade along with those of Raj Kapoor, Dev Anand, Shammi Kapoor and Yash Chopra.