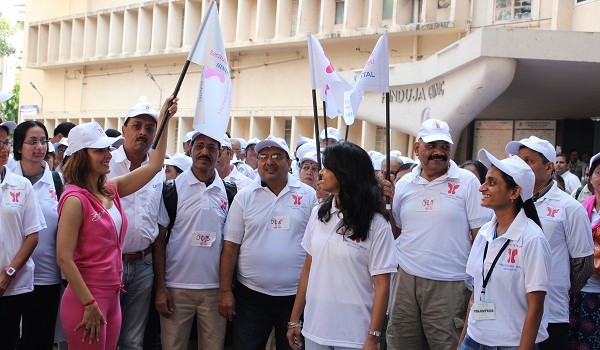 PD Hinduja Hospital, Mahim, marks World Diabetes Day with over 125 participants from the hospital to Shivaji Park and back.

The Walk saw the participation from over 125 people from Mumbai, and was flagged off singer Raageshwari. The event also saw the presence of actor, producer John Abraham at the awareness programme held later by the hospital staff. The participants began the walk from Hinduja Hospital, Mahim and moved on to the prominent landmark of the city – Shivaji Park – before returning to the hospital. 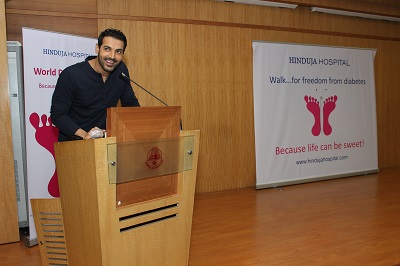 Fitness enthusiast John extended his support to the Diabetes awareness programme and addressed the participating group, wherein he shared insights on the importance of exercise in order to maintain a healthy lifestyle, especially for diabetic patients. In addition, educative talks were also held by doctors and dietitians from the hospital’s endocrinologist department to reiterate the importance of maintaining a healthy lifestyle to both prevent and live with the disease.

Speaking on the occasion, Dr Phulrenu Chauhan, Consultant Endocrinologist and Head, Department of Endocrinology and Metabolism, said, “Diabetes has emerged as a major healthcare problem in India. It is estimated that every fifth person with diabetes will be an Indian. The transition from a traditional to modern lifestyle, consumption of diets rich in fat and calories combined with a high level of mental stress and lack of physical activity in daily life has compounded the problem further. Due to these sheer numbers, the economic burden on account of diabetes in India is amongst the highest in the world. At our hospital, our vision is to get the masses to take notice of the ailment and prevent it through physical activity and lifestyle modifications, along with medications. If not controlled, the hazardous complications invariably follow in a poorly controlled diabetic.”

Some facts and figures for diabetes:

– India has 61 million diabetics between the ages of 20 to 79 years, according to the International Diabetes Federation.

– Maharashtra State ranks second in the country as regards to the total number of young diabetics. These young diabetics can be as young as 20 years of age.

– 35 minutes of exercise may reduce the risk of diabetes by 80 per cent.

– Burning 100 calories a day through walking, running or other exercise may help you prevent gaining about 2 to 5 kilos a year.