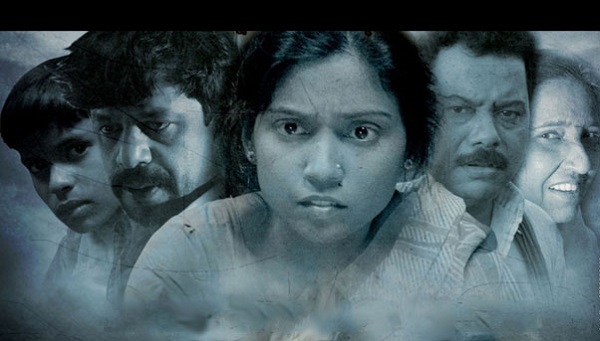 It is an issue that is currently defining how society looks at women – gender issues have never been as significant as they are today. Seeing them through the prism of masculinity adds another dimension to their scope. 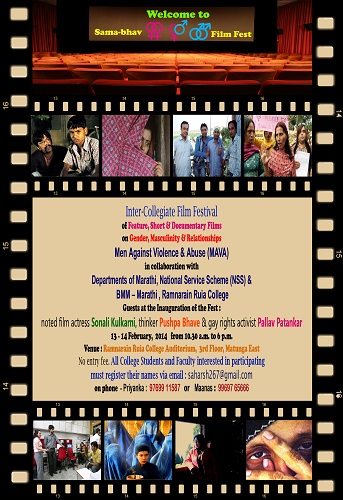 “Around 11 feature, short and documentary films on the theme of ‘Gender, Masculinity and Relationships’ will be screened on both the days at the Ruia College Auditorium,” informs Harish Sadani of MAVA. The festival will be inaugurated by noted film actress Sonali Kulkarni, eminent social thinker Pushpa Bhave and gay rights activist Pallav Patankar.

What to expect at the Fest:

There will be a package of three groups of films that would be screened at the fest.

Group one: Intersection of caste-class-religion-gender and violence against women.

Dhag – in Marathi, by Shivaji Lotan Patil (in picture above)

Hasina – in Kannada, by Girish Kasarvalli

Osama – from Afghanistan, by Siddiq Barmak.

Till We Meet Again, by Rahul Roy

Thanks – in Marathi, by Devendra Balsaraf.

Ebang Bewarish – in Bengali, by Debalina.

Head to Ramnarain Ruia Auditorium, Ruia College. The festival will be held from 10.30 am to 6.30 pm. There is no entry fee, but registration is mandatory. Interested college students, faculty, representatives of voluntary organisations and health professionals must register their names via email at saharsh267@gmail.com or call Manas Barve on 99697 65666.