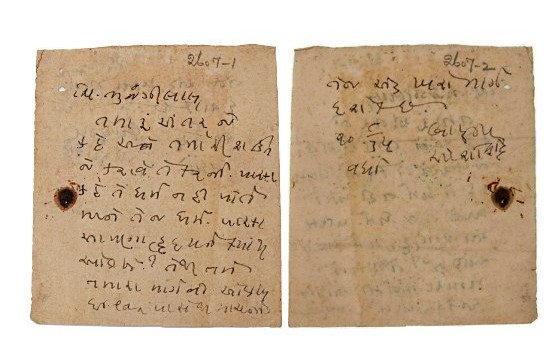 We’re always fascinated by royalty, and more importantly, by items of a bygone era. Naturally, when one is presented with the chance to view such items or better, purchase them, one must seize the chance at once.

Charni Road-based Rajgor’s, the famous auctioneers, will host an auction of rare historical artefacts and jewellery; more importantly, collectors and buyers will get the chance to bid for two original letters penned by Mahatma Gandhi (see pic above). Moreover, the famed silver coin from the evergreen classic Sholay will also go under the hammer. 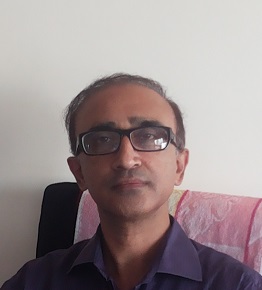 Rajgor’s last had an auction in September 2013 in Mumbai; however, the event was marred by some controversy after it was learnt that a coin belonging to the era of Shivaji was to be auctioned. Nevertheless, Dilip Rajgor (see pic on left), Founder and CEO of Rajgor’s, is confident that this auction will go off as well as the last one.

Excerpts from an interview with Dilip Rajgor:

What was the response to the last auction like?

The last (Auction 10) was very well received by the collector community. The only problem we had was (sic) since a political party objected to the auction of Shivaji hoan (a ‘hoan’ is a coin), so many people thought that the auction was cancelled and hence they could not attend. However, they called us later and were surprised to know that the auction took place as planned. That was the only set back.

What are some of the interesting items to go under the hammer in this auction?

There are many such items. First and foremost is Mahatma Gandhi’s handwritten letter. There are two such letters. Lot 143 is handwritten and autographed by the Mahatma and Lot 144 is written by his assistant, but he has signed it. In both the Gujarati letters, he has signed off as Bapu na ashirwad (Blessings of Bapu).

The letters are important for a number of reasons. Firstly, the letters are genuine. Secondly, it’s for the first time in India that such letters are being offered to collectors and the public.

Thirdly, the letters have a full pedigree, that is, the sources of the letters are well-reported – this proves that they are not stolen.

Among other important things in the auction are a silver coin from the film Sholay, important and rare statues of Buddha and the Jain religion, prints of Raja Ravi Varma, and silver Articles and jewellery.

Is it possible to bid online through your site?

Yes, it is quite possible to bid online. But one must be registered with us before they bid.

What are you doing different for this auction from the last one?

The most important part of the present auction is its printed catalogue. The catalogue is printed in India by world-known printers, Pragati Printers of Hyderabad, who are known for their international print quality. The printing of the catalogue ‘speaks’, and one feels like that all the objects are live on the pages.

Who do you anticipate will be most interested in this auction?

The auction will take place on April 28 at 7 pm, The Ballroom, The Taj President, Cuffe Parade. Look up more details at www.rajgors.com.