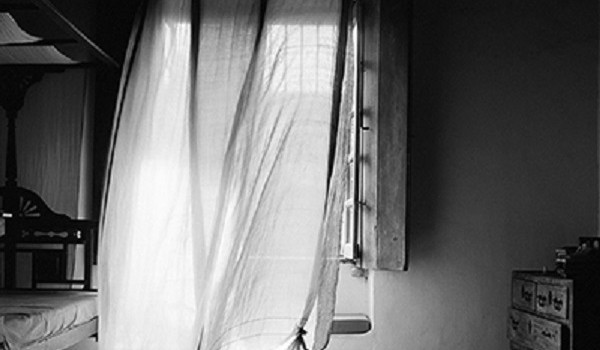 Singh’s photographic sequence of her own work ‘Go Away Closer’ is titled ‘Chance’ and opens for public viewing in Mumbai.

Dayanita Singh’s Museum of Chance (2014) is a book about how life unfolds, and asks to be recorded and edited, along and off the axis of time. The inscrutably woven photographic sequence of Singh’s Go Away Closer has now grown into a labyrinth of connections and correspondences. The thread through this novel-like web of happenings is that elusive entity called Chance. It is Chance that seems to disperse as well as gather fragments or clusters of experience, creating a form of simultaneity that is realized in the idea and matter of the book, with its interlaced or parallel timelines and patterns of recurrence and return. “While I was in London I dreamed that I was on a boat on the Thames,” Singh writes in the book’s epigraph, “which took me to the Anandmayee Ma ashram in Varanasi. I climbed the stairs and found I had entered the hotel in Devigarh. At a certain time I tried to leave the fort but could not find a door. Finally I climbed out through a window and I was in the moss garden in Kyoto.”

The 88 quadratone images in the book also appear on the front and back covers in random pairs, transforming each copy of the book into a distinct piece of work by the author. ‘’Exhibitions come and go,” Singh says in an interview, “but what remains is the book’’. Each copy of Museum of Chance, therefore, is mass-produced as well as unique because of the random combination of images on its front and back covers and the different colored cloth covers. Moving away from showing editioned prints framed on the wall, Singh makes the book itself the art object, to be valued, looked at and read as such, rather than being regarded as a gathering of photographic reproductions. Infact the Book in its special structure is the work, as were  her silver gelatin prints, and the images inside could be seen as the catalogue of this exhibition of the 88 book covers.

It is the same object as you will see on the wall (the book, Museum of Chance, in a specially-made wooden structure to install it on the wall). So in a sense, you can carry part of the exhibition home.

Head to Galerie Max Mueller, Goethe-Institut / Max Mueller Bhavan Mumbai, Kalaghoda, Mumbai on Thursday, November 6, at 6.30 pm. The exhibition is on till December 10, 2014.