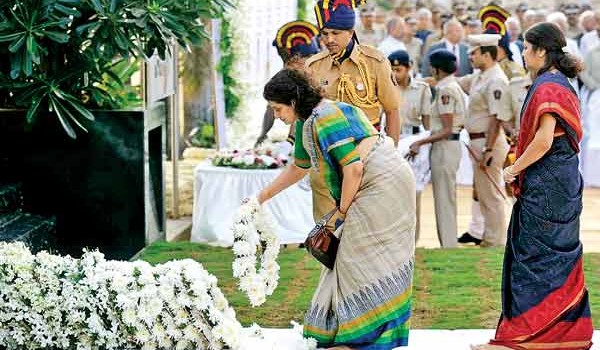 This November 26 will mark four years of the ghastly terror strikes that changed the face of Mumbai and resulted in the capture of a terrorist who lived to tell the sordid tale of how the terror plot was hatched. Ajmal Kasab was executed early last week, and it is perhaps with a clearer conscience and a part sense of closure that the city and the country will head into the fourth anniversary of the attacks tomorrow.

The State Government will pay tribute to slain police heroes at the Police Gymkhana at Marine Lines tomorrow; in attendance will be Chief Minister Prithviraj Chavan, the Governor K Shankarnarayanan, Union Home Minister Sushilkumar Shinde, State Home Minister RR Patil and Minister of State (Home) Satej Patil, apart from police officials and families of the slain cops. The tribute will include the laying of a wreath at the 26/11 memorial that stands in the Gymkhana premises at 8 am.